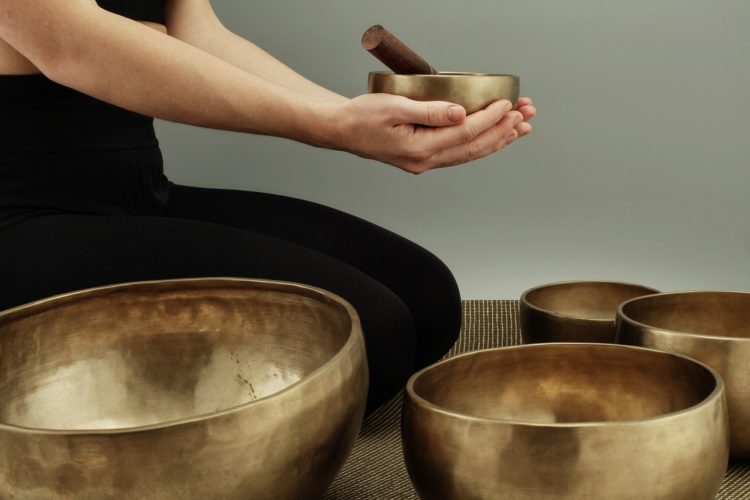 Herbert Benson brought meditators into a laboratory at Harvard Medical school over forty years ago, scientifically proving that there is a mind-body connection. He discovered something that has been understood in many ancient traditions, that during meditation, dramatic physiological changes occurred, such as decreased heart rate and the lowering of blood pressure, even brain waves change to the relaxing theta waves. The scientific term Benson used for meditation was the relaxation response. His important work has contributed significantly to the common knowledge that the state of our mind has a considerable impact on the health of our body.

The mind-body connection is real. However, there is also a body-mind connection. The health or lack of health of our body also affects our emotional well being. Many years ago, I had a client whose daughter was diagnosed with severe anxiety. She was put on medication to calm her down, even though she was only in elementary school. I knew that her family lived in an area where Lyme disease was an epidemic. So, I suggested to the mother that a Lyme disease test would be wise. The girl’s Western Blot test came back definitively positive. Not surprisingly, once she was taken off anxiety medication and treated successfully for the Lyme disease, her anxiety stopped.

When a person is physically unwell, some form of apprehension, discouragement, or fearfulness often follows. I recently experienced the body-mind connection when I had a hyperthermia session. This therapy temporarily brings the body to a fever as a way to boost the immune system. As my temperature started to rise beyond normal, I observed myself becoming anxious, even though I understood what was happening to my body. It was fascinating to watch my emotional response to my physical distress. Children can be particularly vulnerable to the body-mind connection when they don’t understand why they feel unwell. Just think about a child who throws a temper tantrum when all they need is a nap and snack. Even this common occurrence is a manifestation of the body-mind connection.

The toxic state of our world compounds this natural phenomenon. All of us are exposed to viruses, bacteria, parasites, mold, heavy metals, pesticides, herbicides, and a massive amount of poisonous chemicals. Our bodies are being overburdened by an unprecedented toxic load. Children, in particular, are vulnerable to toxic exposure, because their bodies are small and developing. Toxins pass to a fetus in the womb, and every generation has more exposure to harmful substances than the last. Therefore, it is not surprising that more and more children are diagnosed with depression, anxiety, and learning disabilities when the underlying cause is physical.

Medication for anxiety, depression, and learning disabilities can mask the underlying physical cause. When children manifest these issues, first check them for toxic exposures and nutritional deficiencies. Remember, there is a body-mind connection.

What can we do to help children gently cleanse poisons out of their bodies? First of all, be aware and work to protect them from toxic exposures. Whether it is mold in a basement, amalgam mercury tooth fillings, food with pesticides, or plastics that outgas. Because a mother forming a child in her body will pass toxins on to the fetus, women planning to have children would be wise to detox and fortify their bodies in preparation for forming a healthy child. I wish I had known to detox before my pregnancies.

When I was young, I remember my father telling me that if I ever broke a thermometer to call him immediately, because the mercury contained in the thermometer was hazardous and could make me sick. But then he took me to the dentist who put amalgam fillings containing fifty percent mercury into my mouth. Cultural conditioning blinded my father, a scientist who unintentionally added to my toxic load. I tell this story to emphasize how hard it can be to protect children in a world that often has dangerous practices and confusing information available to the public. As adults, we need to become thoughtful and conscientious to protect our children from this toxic world.

Read labels and purchase natural products for skin, hair, laundry detergent, and cleaning products, to name a few. When buying furniture, new carpet, or an automobile, learn about how they might outgas chemicals. I remember when my former landlady wanted to replace the carpet in my office. Before I let her, I researched the rug that she chose and learned that it would outgas toxicity for five years. I convinced her to let me purchase cork flooring instead. We all need to be on our toes and not make assumptions that everyday products are safe.

Encourage children to drink lots of freshwater to flush their system, as well as to eat fresh organic fruits and vegetables when possible. Fermented foods will support their gut elimination function and pay attention to whether toys, mattresses, bedding, cookware, and household products contribute to a toxic load or support a healthy body. Of course, running around outside and getting exercise will help children to sweat and detox through their largest organ, the skin. Don’t let children skimp on sleep, a time when the body will naturally detox. Teach healthy habits and educate children to avoid toxins, through learning to discern healthy food and water and environmental choices that help them and the world stay healthy.

Extensive detoxing should be done under the supervision of a qualified health practitioner. But many things can be done at home to support the body’s effort to neutralize and break down toxins for removal when ongoing exposures are not more than a system can handle.

I once knew a young boy who would throw a temper tantrum whenever his socks felt lumpy or when his pants felt tight. After being tested for heavy metal exposure, it was determined that he had an unhealthy amount.  After using Chlorella for several months, a gentle approach for detoxing heavy metals, he could get dressed in the morning without a fuss.

There is now much discussion and fear about climate change, a concern that I share. A less talked about problem is global poisoning. There is a classic story about a frog that illustrates this problem. A frog placed into boiling water jumps out. A frog placed into cold water slowly brought to a boil does not jump out of the pot. This analogy applies to global poisoning. We are all impacted, especially children and future generations, but the effect can be slow and multifaceted, causing many to miss the seriousness of this problem. I suggest that paying attention to the growing number of children put on medication for anxiety, depression, and learning disabilities is a red flag that more detoxing for children is needed.